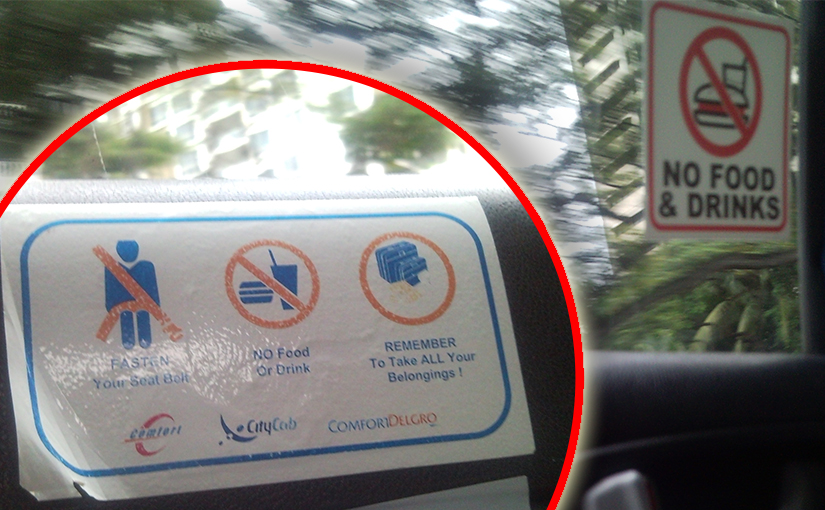 “No food and drinks” is wrong. It assumes that the ‘no’ applies to one combined entity, food-and-drinks. One could imagine this syntax being valid if someone said, “You can’t come in, you have no suit and tie.”

I wonder why we don’t use ‘neither… nor’ on signs like this. “Neither food nor drink is permitted in this taxi” would be correct.

“No food or drink” sounds normal. At least, I thought it did. Now I’ve been thinking about it too much and everything sounds strange.

“No eating or drinking” would be good. It wouldn’t rule out someone bringing food and drink into the taxi, but perhaps that’s okay anyway. Certainly I’ve transported groceries, snacks and leftovers in taxis.

But not durians! Some taxis have signs specifically prohibiting them:

“No Eating / Drinking”. That slash adroitly dodges the whole issue of the conjunction! Well done.