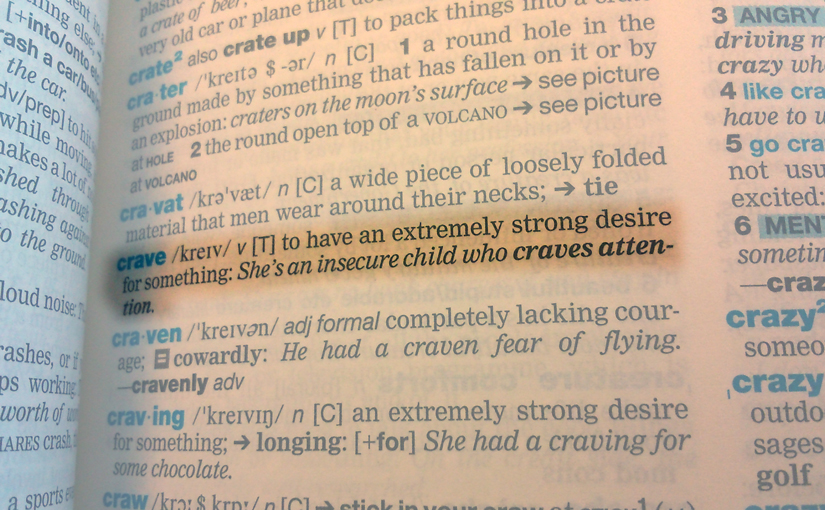 Crave vs. crave for

I’m not the only one with this intuition.

The difference is whether the verb “crave” is considered transitive, thus requires a direct object to follow immediately, or is considered intransitive, in which case a prepositional phrase beginning with “for” is needed.

The “wrong” (historically more popular, intransitive) version appears in the 1911 novel Peter and Wendy, aka Peter Pan, by J.M. Barrie, a respected work of literature in English:

It was all owing to his too affectionate nature, which craved for admiration.

The text refers to Mr. Darling, father of Wendy, John, and Michael.