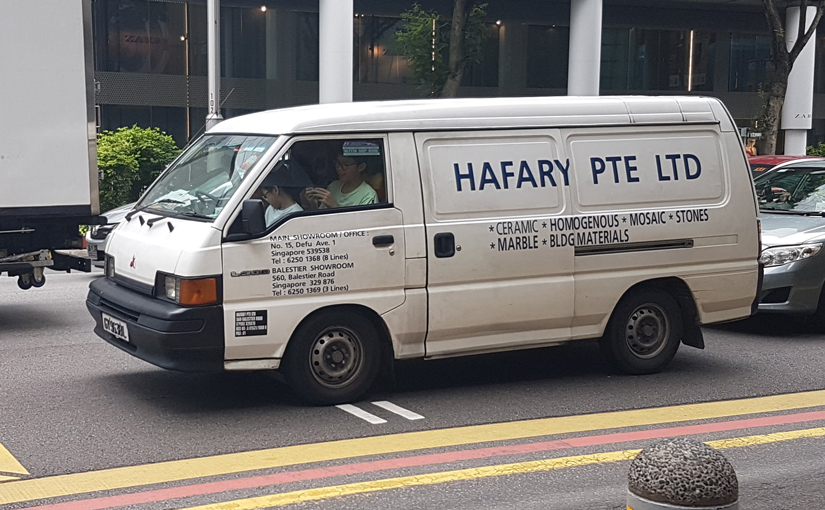 As I’ve explained, I’m not a fan of lists with items that don’t match up.

What parts of speech are those?

What really gets me about this van is that I have no idea what noun “homogenous” is modifying in this context, though I know it means something like “of uniform composition”.

The keenest-eyed among you have noticed that “homogenous” is a misspelling of “homogeneous”. The internet tells me that’s a lost battle, but you and I, we know better.

It turns out that Hafary has a pretty decent website and sells homogeneous tile. Yeah, they spelled it right on the website! They just need to update the text on the van one of these days.