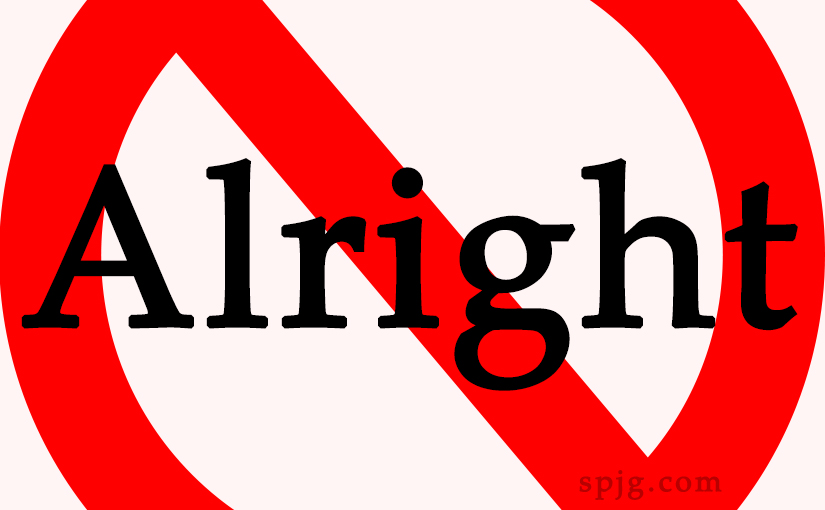 Don’t all write ‘alright’, all right?

I must have been told early and often that ‘all right’ must be written as two words because it just absolutely baffles me that anyone would want to write it any other way.

But hey, maybe I’m wrong. Why don’t we get some other opinions on this?

Below are the first ten Google hits for “all right vs alright”.

In which case, what’s next? A big push for spelling ‘a lot’ as one word?

So, upshot: I may be fighting a losing battle, but according to the authorities, it isn’t lost yet. And I’m not fighting alone, even if it for sure feels that way sometimes. Fight with me! If you’ve read this far, you can no longer claim that you just didn’t know better.

Q: What’s the difference between ignorance and apathy?
A: I don’t know and I don’t care.